History of the College of Dental Medicine

In May 1964, by action of the Board of Trustees of the Medical College, a dean was appointed for the school of dentistry. Within a short time, planning went forward on the new seven-story Basic Sciences/College of Dental Medicine Building. By using existing basic science facilities and temporary dental clinic facilities, it was possible to admit the first class of dental students on September 5, 1967. The new building was ready for occupancy in December 1970, and the first class of students graduated and received their D.M.D. degrees in June 1971.

This building, named the MUSC Basic Science building housed the College of Dental Medicine as well as multiple other departments and research facilities.

Since it’s founding, the MUSC College of Dental Medicine has grown into one of the most respected dental colleges in the country. Our students consistently score in the country’s top percentiles on their national boards, and competition for admission is extremely high.

As South Carolina’s only dental school, the MUSC College of Dental Medicine is an important source of dentists in a state that is currently under-served in terms of dental care. About 75 percent of our graduates have chosen to remain in South Carolina. Over half the state’s dentists today are MUSC graduates.

In order to maintain the best patient care, student instruction and research capabilities possible, the Medical University completed a new $61 million dental clinical education center in 2009. In 2010, the College hosted the building’s official grand opening and proudly re-named the College in honor of MUSC President Emeritus James B. Edwards. 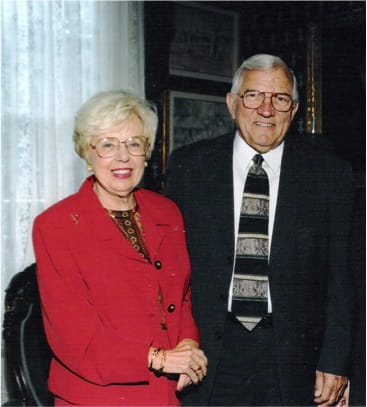 The James B. Edwards College of Dental Medicine Clinical building is one of the newest and most advanced dental clinic facilities in the nation. It’s bold lines and innovative architecture have helped make this building a leading example for many dental schools currently building new clinical facilities. With over 118,000 square feet, all departments and clinics have enough room to expand as needed while continuing to deliver the highest level of dental care. The Clinical Building is home to 189 dental operatories and the full spectrum of ambulatory outpatient oral health services. In addition to undergraduate programming, the Clinical facility now houses residency programs in Oral Surgery, Periodontics, Endodontics, Pediatric Dentistry, Orthodontics, and Advanced Education in General Dentistry. The facility also houses a stand-alone clinic for patients with Special Health Care Needs.

The Clinical facility is fully integrated with an Electronic Health record, and Digital Radiography. State of the art technological advances have been added over time to provide students the best education possible.

The Basic Science building holds 69,000 ft. of space, much of it renovated after the Clinical Facility opened. It contains a state of the art simulation laboratory, and newly renovated classrooms and offices. The entire second floor has been renovated to accommodate an increasing research focus.